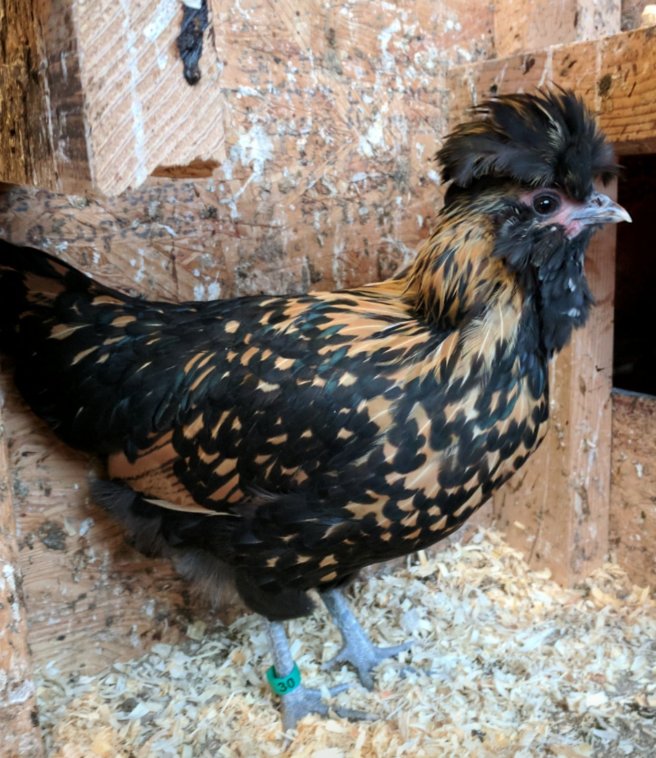 Today is a sad day. My little Pavelle Marie, the most unique, bravest, and most interesting member of our flock, died today, from an attack by an unidentified predator.

Her body was found in the shallow duck pond, which gives me the thought that she might have snatched by a hawk or some other bigger bird, but was dropped. I have no basis for this assumption, other than the fact that I had to scoop her body out of the water.

She is, to date, the second bird we’ve lost to predator attack in the almost five years we’ve had chickens.

But she is irreplaceable.

You see? She isn’t a Polish, as she looks, but part Pavlovskaya, and they are rare. I got her as an egg from a breeder who didn’t think her parents were really Pavlov because they lacked the feathered legs. But she was, and two of her offspring I’ve hatched has had the feathered legs.

She was also brave enough to chase a full-sized make turkey and scold it for coming into her pasture.

She loved being a mom and hatched four sets of babies in two years.

She was intelligent and listened when I spoke to her. And then ignore me because that’s what chickens do.