This is my second Autumn with chickens.  It’s hard to believe that Double Dots, Abigail and their Rhode Island Red flock mates are a year and a half old now! 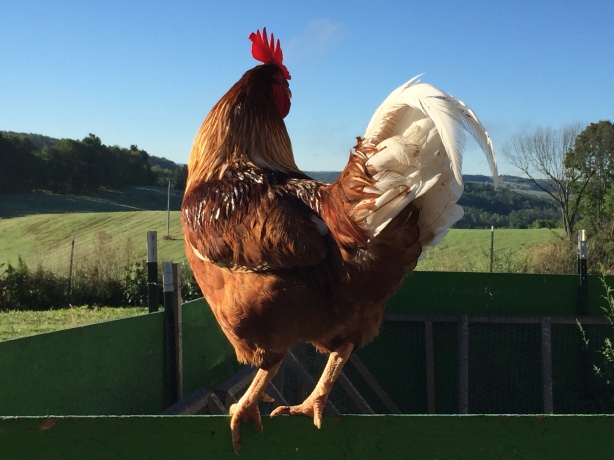 And Pip, my beautiful baby boy, is going to be a year old at the end of November.  He’s a picture of him from back in September, when the weather was still warm.  His younger siblings have been getting a lot of camera time lately, but only because I’m trying to sell the Sulmtalers and that means taking pictures of them. 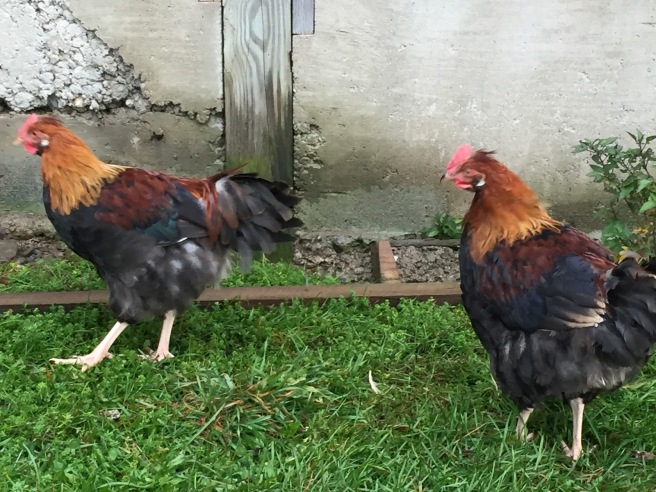 Speaking of… look how handsome they are getting!  From left to right, we have Taller and Sumi.  Sumi is the more dominant,  He crows and everything! Taller is his buddy.

Dani/Danny, who is now 20 weeks old and turning into a beautiful boy in his own right.  He has found his crow now.  It’s not quite his papa’s and not quite like big brother’s either.   He looks mostly like his Rhode Island Red heritage, except for that white streak in his tail feathers. He’s tall, finally getting some bulk on him.

Dots as begun chasing him, too, so now Pip has a bit of a reprieve in that regards.

I am beginning to wonder if Dani wouldn’t actually wind up being more dominant than Pip if we were to keep him.  His behavior is different than Pip’s, more assertive.  He walks around, growling and trying to catch the ladies’ attentions.  They, naturally, ignore him.

Pip chases him, too.  He and his Papa have similar ideas about the new kid on the block. 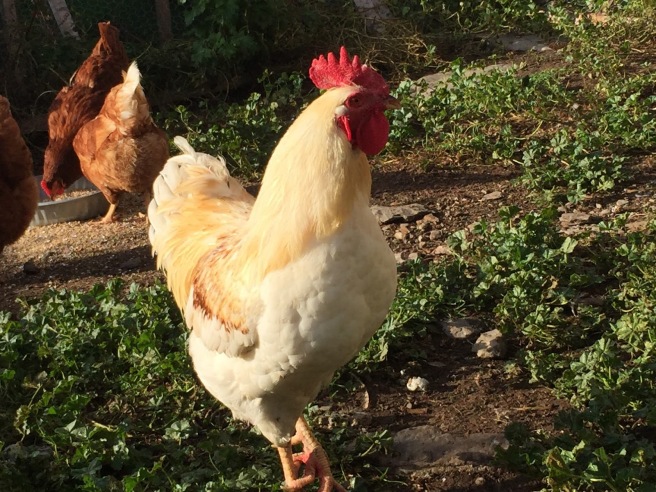 For reference, a recent picture of Dots.  Molting has not been kind to him.  His beautiful tail feathers are gone, gone, gone.  But he still reigns supreme in the flock.

Pretty Eugenie, who looks so much like her Papa and pretty much no one else.  You’d never know she has an RiR for a momma.

Snickers, my handsome Chocolate Orpington boy.  He acts like he might have a dominant personality, too, someday. 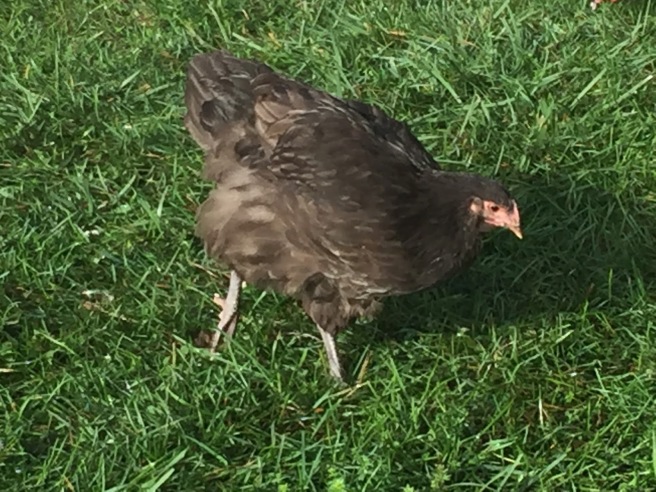 And Hershey, his sister, who is also very pretty. 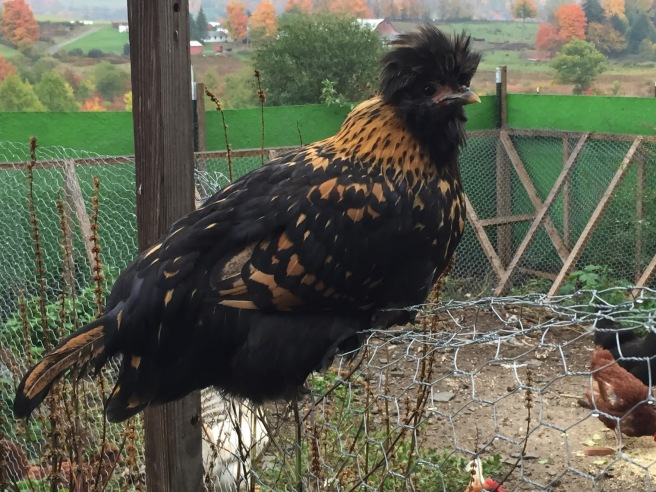 Pavelle/Pavel.  I took this one just this morning  She is so much smaller than her brothers and sisters. She can actually perch on the chicken wire!

Es and Pavelle are snuggle buddies at night.  They go up into the rafters together and tuck in for the night.

I am still unsure what to do about Es.  He and his brothers have been listed for sale in the local FB sale communities.  If they aren’t taken by the end of November, they will be off to Freezer Camp.

A new wrinkle in my decision-making process?  Abby, my beautiful Abigail who is the momma to Pip and all these little ones?  Has decided to go broody.  Again.  Her 4th time in less than 2 years of life.

I found her tonight, still in the same nest she was sitting in this morning.  Still puffed up and bucky.  DH wants me to get (he means buy.  I’m looking at My Pet Chicken) hatching eggs for her.  Easter Eggers.

If I do that, then I also have to take Ashley’s babies into considerations.  Two broody momma’s raising babies over the winter?

That’s a lot of babies.  And a lot of potential new roosters.  I’d probably have to give up the idea of keeping one of Abby’s summer boys in favor of these new Littles to be.

8 thoughts on “Life in the Coop”